Millennials Are Behind: Here’s Why 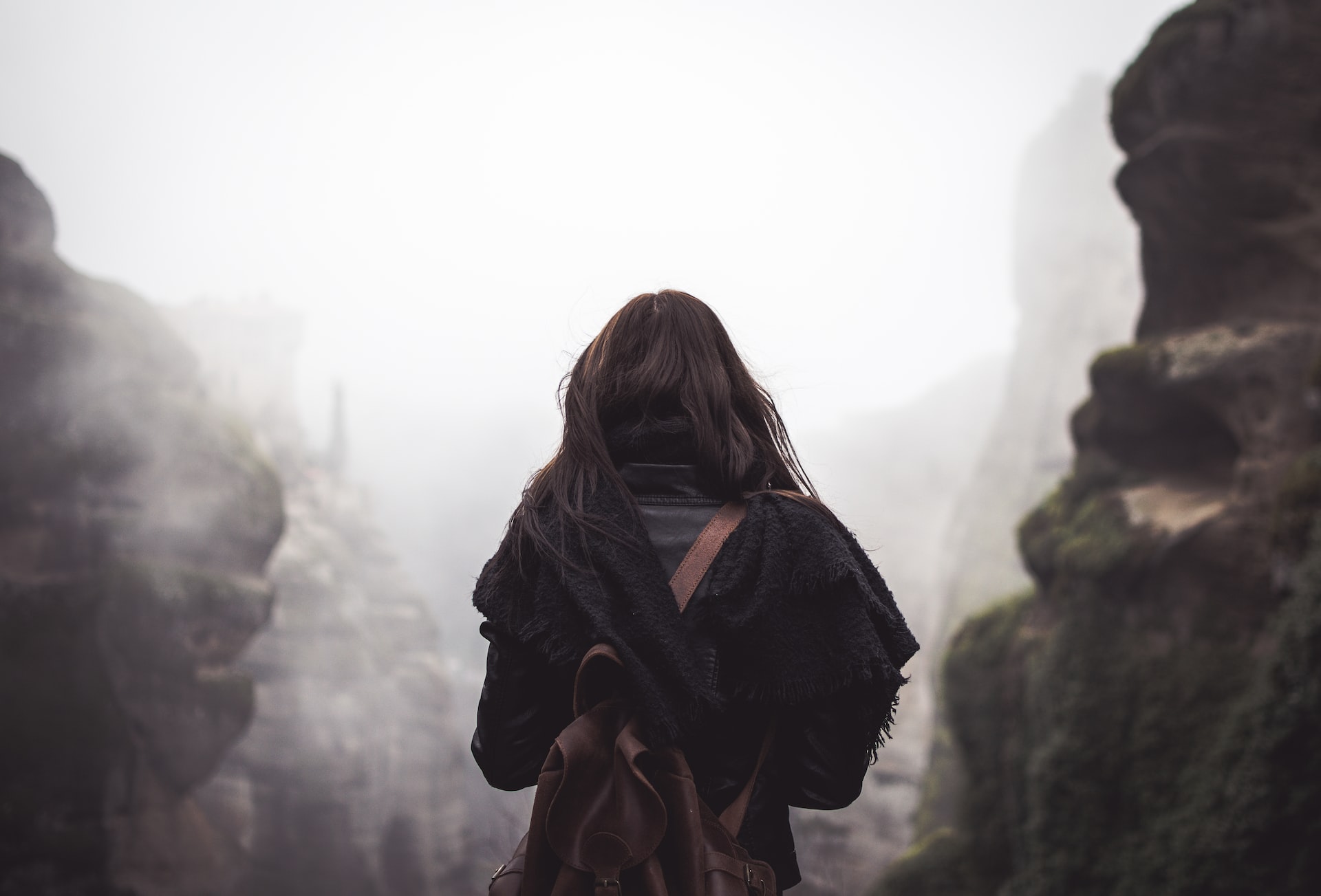 From being too cheugy to bearing the blame for their financial situation, millennials can’t seem to catch a break. While often decried in the media for their perceived poor choices when it comes to managing money (just how many times have you been told to just stop buying lattes?), millennials as a generation have started off from behind.

With the odds stacked against them, it’s no wonder this generation has more student debt, and less retirement savings than any preceding it.

No matter what financial decision making, it seems this 30-something marketing professional can’t seem to get ahead.

Claire graduated college on the heels of the Great Recession, America's largest economic downturn since World War II. The job market was just coming back to life again, amidst some of the longest term unemployment trends seen in decades.

To put it simply, it was a highly competitive market. So, when Claire got an offer for an entry-level social media management role, she took it, despite the salary being less than she anticipated.

At the time, she didn’t feel like she had leverage. She was just happy to have a job, especially compared to her “older” millennial counterparts, who struggled to find a job out of school, or ended up moving home due to lack of prospects. In fact, millennials born in the 80s typically have wealth levels 34% below what they would have been if not for the Great Recession.

But, Claire’s simple concession in salary has dominoed across her career. Like the average millennial, Claire is making 20% less than a baby boomer did at the same stage in their life, keeping her from building weather, or paying down her student loans faster.

While she’s grateful for a paycheck, Claire’s frustrated just how much of it each month goes towards student loan payments.

Choosing to attend college during the recession meant Claire took on more loans than she or her family anticipated. With unemployment and a down market, her family wasn’t able to assist her with the cost of education, which is the experience for most millennials. That means she graduated with a serious debt burden that she works to pay off now.

The average monthly loan payment is around $391. The average student loan debt for millennials leaving school is an astounding $126,993. Claire tries to make extra payments while she can, but she knows with such an enormous debt burden, her monthly payments barely cover the interest accrued. Some days, she agrees with nearly half of her peers who say the lingering debt of schooling makes them feel that college wasn’t worth it.

The temptation to stop making student loan payments altogether is high some months, and Claire isn’t alone in that feeling. A quarter of borrowers, nearly 10 million Americans, are either in delinquency or default with their student loans.

As she strives to save and pay down loans to avoid more interest, Claire opts to put less towards her retirement each month in order to pay down her loans faster. A mix of federal and private, she knows paying off her high interest student loans will pay off in the long run, but it’s stressful to see her retirement savings stagnate.

She’s not alone in this choice. Close to a quarter of all millennials have saved less for retirement in order to pay off their student loans faster.

Once in a Lifetime. Twice.

Just when Claire felt like she was finding her footing financially, and professionally, COVID-19 hit, driving the market into yet another recession. That once in a lifetime economic phenomenon? It happened twice for a generation during one of the biggest earning periods in their life.

Claire held onto her job (unlike the every 1 in 5 millennials who lost their job as a result of the pandemic-induced recession), but her employer did institute a pay freeze, meaning once again, she was falling behind salary-wise, compared to older generations. 3 out of every 10 millennials experienced an employer pay cut or freeze in the pandemic.

The student loan payment pause has provided some relief to her budget and given her a chance to save more, but with inflation on the rise, and a housing shortage across the country, it’s still been a challenge to make ends meet.

As she hunkered down in lockdown, Claire did what so many of her peers did--browsed Zillow listings. With low interest rates and some extra cash in her budget, she thought she could be closer than ever to finally purchasing a place of her own.

Unfortunately, the national housing market transformed into a piping hot seller’s market seemingly overnight. With most homes selling for far beyond asking price, Clarie realized she wouldn’t be able to afford mortgage payments, especially when the student loan pause ended.

Amid all this economic stress, there was a bright spot for Claire. When the Biden administration announced federal student loan forgiveness up to $20,000, she was overjoyed. This forgiveness could make a huge impact on her finances.

Excited, Claire applied for Biden forgiveness the moment the portal opened. However, the ongoing lawsuits against the policy have the plan on hold, perhaps indefinitely.

What was meant to provide relief now feels more uncertain than ever.

While Claire isn’t real, the data around her experience is. Millennials can’t get ahead financially, because in many ways, they started much further from behind than previous generations. From the rising cost of college, to the unpredictable markets they’ve inherited, millennials have been faced with some difficult financial decisions.

So much of your circumstances may be out of your hands, but Chipper wants to help you where we can. Paying off your student loans may be an uphill battle, but Chipper is here to provide some relief. With simple to use tools like Round-Ups and Rewards, and an online community where you can stay up to date with the latest in loans, it’s no wonder Chipper is the #1 app for student loans.

Learn how Chipper can help you.

Use Chipper for Lower Payments

Use Chipper for The Best Path to Forgiveness

Finding your path to student loan forgiveness is easier than ever before. Chipper helps members find better Income-Driven Repayment (IDR) plans every day. Once enrolled in an eligible repayment plan, we can help you explore your forgiveness options and understand your path towards forgiveness. Sign up with Chipper today and get on track with your student loans.

Use Chipper for Round-Ups

The Public Service Loan Forgiveness (PSLF) program was created to provide relief to borrowers aiding the public sector. Unfortunately, 30% of applicants are denied due to incorrect paperwork. We can help! Chipper was created to solve this issue by assisting borrowers in understanding their options as well as allowing forgiveness eligible users enroll into the best forgiveness program available. Sign up for Chipper today to see your student loan forgiveness options and get the forgiveness you deserve.

The Teacher Loan Forgiveness (TLF) program was created to enable teachers working in Title 1 schools to receive student loan forgiveness of up to $17,500 (depending on their teaching subject). Chipper has helped teachers from all over the country qualify for TLF program and can help you get the forgiveness you deserve today. Find out if you qualify for forgiveness in minutes with our employer search tool. 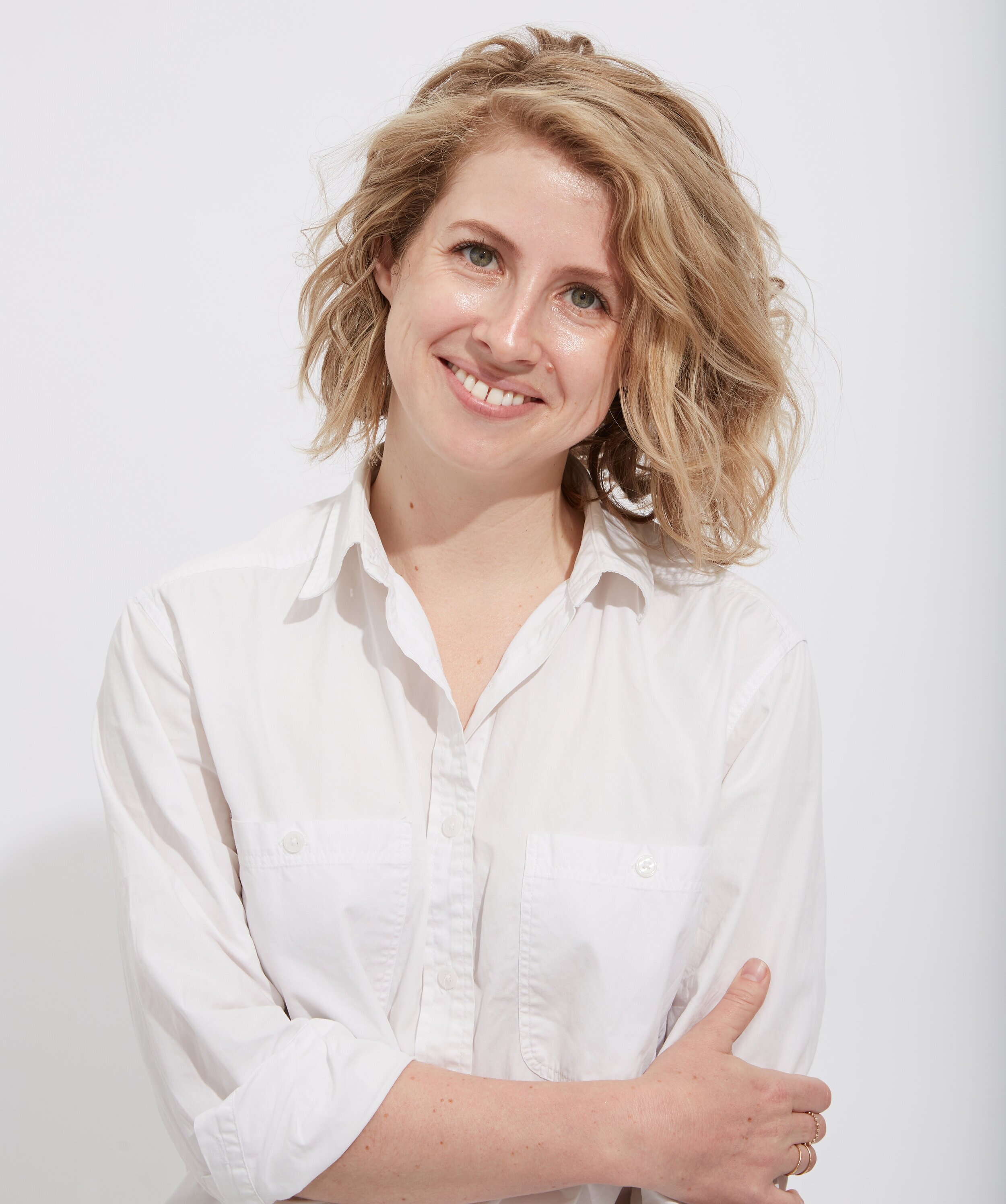 Emma Diehl is a writer and editor. Her specialty is mastering tricky topics surrounding personal finance in a way that makes it easy for everyone to understand. 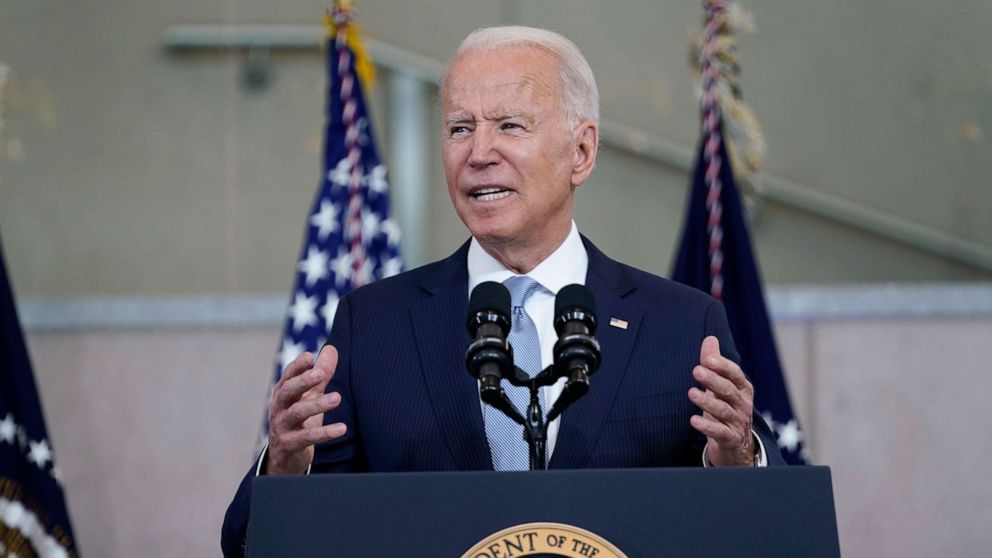 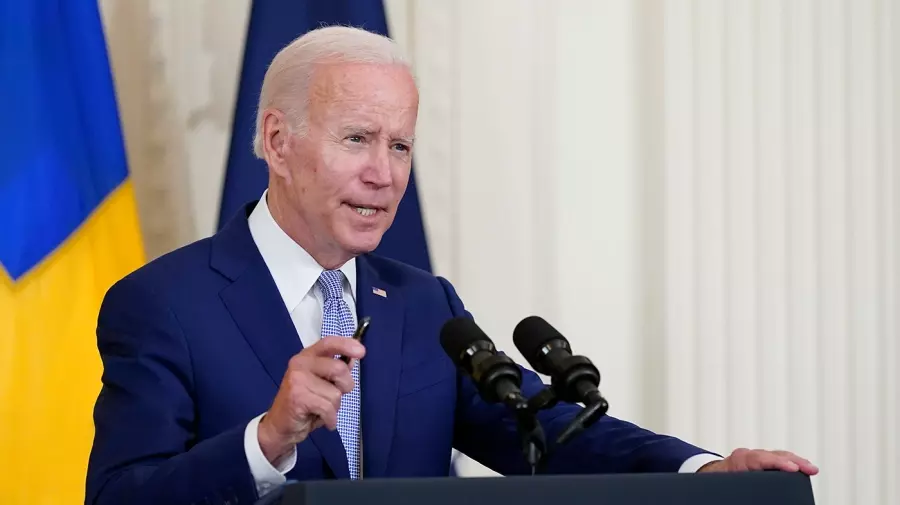 Millennials Are Behind: Here’s Why

This is Why Millennials Can't Have Nice Things 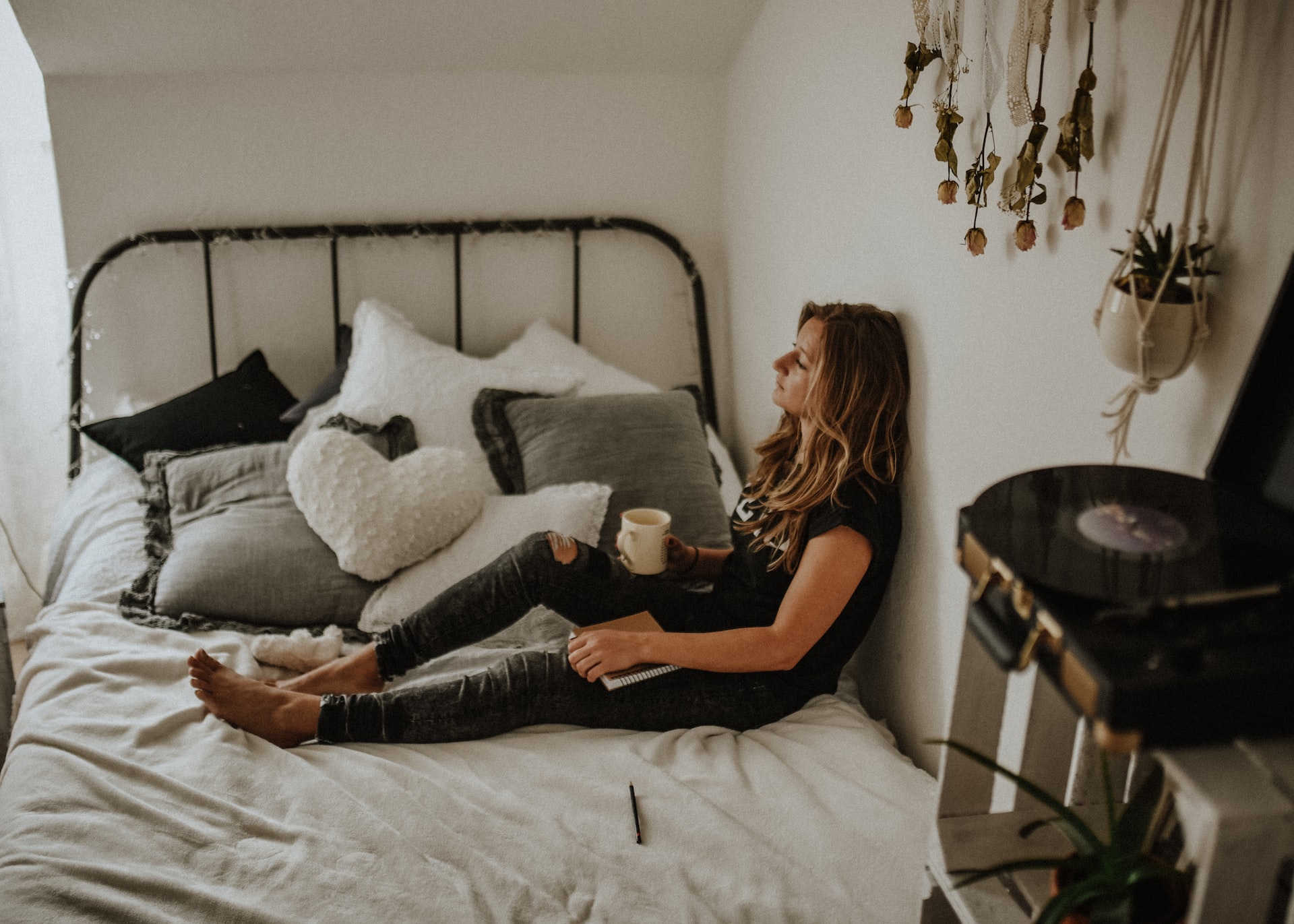 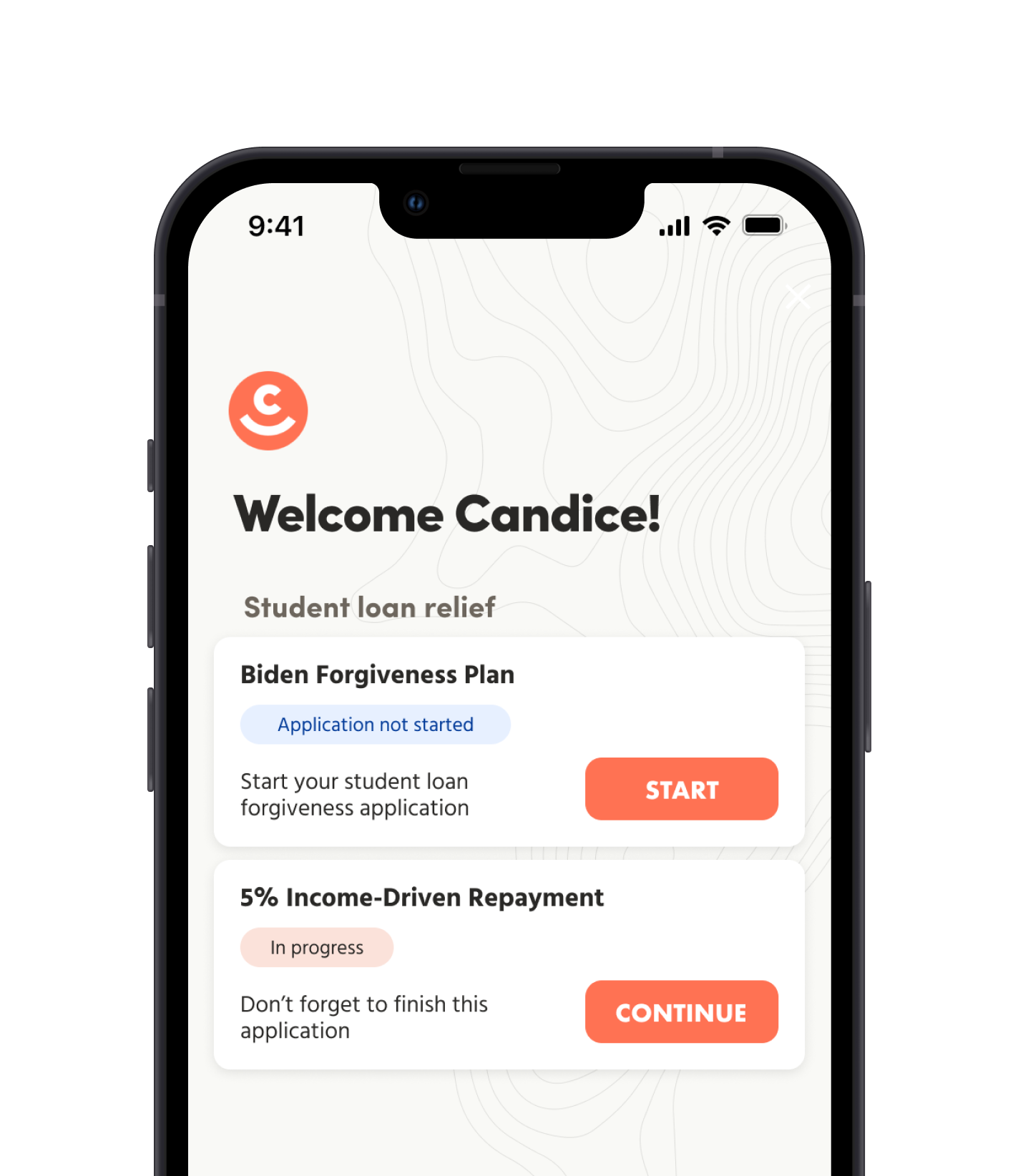